Posted on January 20, 2019 by Lifelines Research

“Of course, it wasn’t compulsory to register births until 1874…”

Oh dear. There it goes again. Every time you think it’s dead, back it comes, rearing its ugly head once more. And somehow, despite the compelling evidence that emphatically debunks it, it manages to cling to life, cropping up occasionally in magazine articles and websites and, most distressingly, in family history advice columns. It’s the myth that refuses to die.

Audrey Collins wrote an excellent blog on the subject almost exactly eight years ago, based largely on some research that we did back in the old Family Records Centre days. The research had been inspired by a feeling we both held, that the rate of non-registration of births had traditionally been hugely exaggerated. We frequently heard/read claims suggesting that up to 30% of births occurring between 1837 and 1874 had not been registered; the idea was that it was hardly surprising if you couldn’t find a birth in this period. After all, it wasn’t compulsory… that dreadful phrase was churned out time-and-time again.

The figures bandied about just didn’t ring true; they didn’t tally with the experiences that both Audrey and I had from a combined 50 years or so of using the General Register Office’s (GRO) birth records, so we decided to investigate. We looked at the original legislation from 1836 and 1837; we read the Registrar General’s Annual Reports and we examined the data. And what we learned convinced us that the rate of non-registration was far lower than had been suggested. It was clear that it had taken a few years to get there but that, by the mid-to-late 1840s, registration of births and deaths was as close to being comprehensive as could reasonably be expected. As Audrey wrote in her blog post:

William Farr, who was Deputy Registrar General for many years and can be described as the first government statistician, estimated that the overall rate of non-registration was about 5% for the whole period 1837-1874, and that compliance improved over time.

What was it then that had given birth to the myth of non-registration?

Civil registration of births, marriages and deaths was introduced in England and Wales on 1 July 1837. The 1836 Births and Deaths Registration Act included the following clauses:

XVIII. And be it enacted, That … every Registrar shall be authorized and is hereby required to inform himself carefully of every Birth and every Death which shall happen within his District … and to learn and register soon after the Event as conveniently may be done … the Particulars required to be registered … touching every such Birth or every such Death, as the Case may be, which shall not have been already registered…

This clearly shows that, under the terms of the original legislation, the ultimate responsibility for ensuring that births (and deaths) were registered lay at the feet of the Registrars and not the parents. And while the Registrar was ‘required’ to register the births, as far as the parents were concerned, they ‘may … give Notice of such Birth or Death…’ (my italics). The wording here is certainly ambiguous but, as we will see, the intention of the Registrar General was quite clear.

The other point that is frequently made is that there is no mention of any penalty for failing to register a birth.

The 1874 Registration Act (which came into force in 1875) tightened up some loopholes and made it clear that it was the parents who were principally responsible for registering births:

1. In the case of every child born alive after the commencement of this Act, it shall be the duty of the father and mother of the child, and in default of the father and mother, of the occupier of the house in which to his knowledge the child is born, and of each person present at the birth, and of the person having charge of the child, to give to the registrar, within forty-two days next after such birth, information of the particulars required to be registered concerning such birth …

So it’s true that there was nothing in the original legislation which specifically required the parents to register their children’s births and that there was no suggestion of a fine or penalty if they didn’t do so. It’s perhaps not so hard to see how the myth took shape.

However, the reality is quite different. It’s very easy to find newspaper reports from the late 1830s and early 1840s covering the trials of parents who refused to register births. The GRO were clearly determined that births (and deaths) were going to be fully and properly registered and they were prepared to prosecute people for refusing to do so. And one trial in particular blows the non-registration myth firmly and comprehensively out of the water.

Allow me to introduce you to Mary Shaw, a ‘poor woman’ of Thurlaston who was indicted at the Leicestershire Quarter Sessions on 3 January 1839 for ‘contemptuously disobeying a recent Act of Parliament, in refusing to answer questions put to her by the Registrar of Births, relevant to the birth of her child.’ The case was reported in some detail in the Stamford Mercury of 11 January 1839.[1] The registrar, William Webb Warner, was called as a witness and ‘deposed that on the 1st of September last he waited upon Mrs Shaw for the purpose of registering the birth of her child…but on asking the necessary questions, she refused to answer them. When he asked the name of the child, she replied that she should have the child baptised at the church as usual.’

The following passage taken from a letter from the Registrar General addressed to Mrs Shaw is highly illuminating:

Some persons may perhaps imagine, that because no penalty is specially imposed by the aforesaid statute for disobedience to such injunction, therefore compliance is optional, and refusal to comply not punishable by law. In case such should be your present belief, I am hereby directed to inform you, that it is ruled ‘that if a statute enjoins an act to be done without pointing out any mode of punishment, an indictment will lie for disobeying the injunction of the Legislature.’

Take a minute or two to absorb this. Read it again and then ask yourself whether or not it was compulsory to register births…

And if that’s not enough to convince you, consider this. The number of births registered in 1875 actually fell (slightly) from the previous year. If the 1874 Act had made any difference to the practice of registering births, it would surely have resulted in a significant rise. 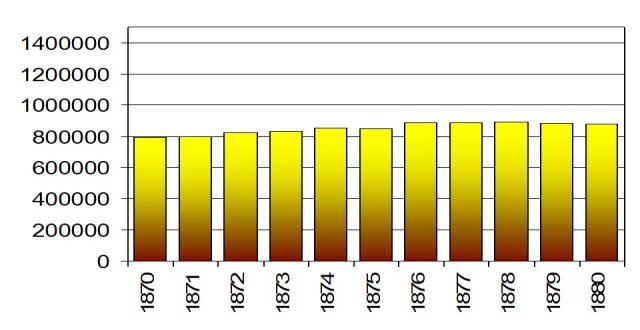 So, the next time someone tells you that it’s not surprising that you can’t find a birth before 1874 because it wasn’t compulsory to register births, please, tell them they’re wrong…

Like Loading...
This entry was posted in Uncategorized and tagged 1837, 1874, bmds, civilregistration, documents, family history, registration, research. Bookmark the permalink.